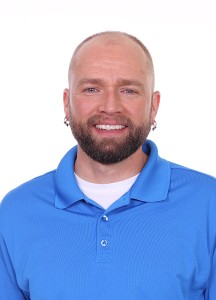 Rod Anderson has been working at North American Wholesale Florist since 1997. He made his way to NAWFI by driving his truck, which has some pretty sweet rims. Affectionately nicknamed the “Flower God,” one of Rod’s many talents is finding the best product available for his customers. Being a master of his trade, Rod also takes care of NAWFI’s greenhouse, ordering and caring for several varieties of green and blooming plants.

Rod grew up in Albert Lea, Minnesota, and moved to Sioux Falls with his family when he was ten years old because the law told him he couldn’t live on his own. He loves being young and having fun. His passions include his children, pool and golf, and he can usually be found working and playing around his house in his free time. Rod regularly donates to one charity: his children and their demands.

Mr. Anderson would love to put his floral expertise to work for you by helping to make sure your store gets exactly what it needs to make it work.

There are no upcoming events.